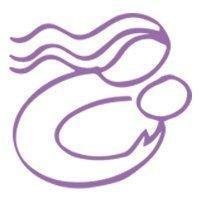 Endometriosis causes pain and other symptoms similar to, and often mistaken for, conditions such as irritable bowel syndrome or pelvic inflammatory disease (PID). But the treatment for endometriosis is very different. Dr. Houmam Al-Hakeem is a board-certified obstetrician and gynecologist in San Antonio who has the skills needed to correctly diagnose and treat endometriosis to relieve your pain and other problems. Call Westover Hills Women’s Health today or try his online scheduling service to make an appointment with Dr. Al-Hakeem.

Endometriosis occurs when tissue that normally lines the inside of your uterus (endometrium) also grows outside your uterus. This displaced tissue commonly affects your ovaries, fallopian tubes, and other pelvic organs, as well as the outer uterine wall and the tissue lining the pelvis itself.

In the same way that your uterine lining responds to your menstrual cycle, this abnormal endometrial tissue swells with blood, breaks down, and then sheds during your period. But because of its location, it can’t leave your body. Instead, it drains into the surrounding pelvic area, causing swelling and discomfort.

What are the symptoms of endometriosis?

Symptoms can vary in intensity and frequency but typically include:

Endometriosis can also cause fatigue, diarrhea, constipation, and abdominal bloating. It may also be the source of long-term lower back pain and is one of the causes of female infertility.

It’s not really clear what causes endometrial tissue to grow outside the uterine lining but several factors may play a role, including:

What is the treatment for endometriosis?

There are several successful treatment options for endometriosis. The most effective for you often depends on the severity of the condition and your circumstance. For instance, if you’re not trying to get pregnant, Dr. Al-Hakeem may recommend hormonal manipulation such as extended-cycle birth control that significantly decreases or even eliminates your symptoms by greatly reducing the frequency of your menstrual periods.

For severe symptoms or fertility issues caused by endometriosis, Dr. Al-Hakeem may suggest surgery to remove the misplaced endometrial tissue. He prefers to use a minimally invasive, laparoscopic/robotic technique for this type of surgery whenever possible. This method uses very small incisions, is less painful, and requires less time for healing than a standard surgical approach.